This week, I want to turn you on to a fun record. A record that will let you leave your worries at door and enjoy yourself because it is about nothing and everything at the same time. These are trying times and escapism sometimes helps. 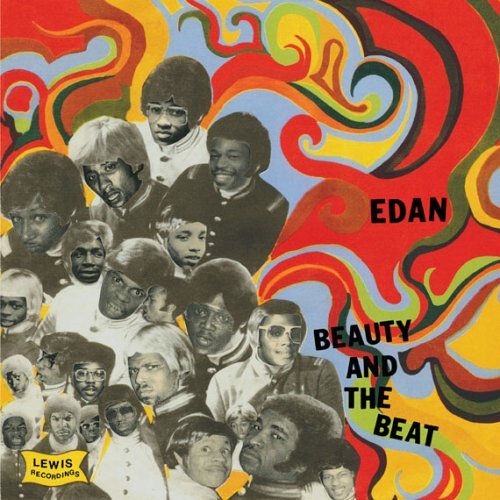 Does this mic sound blurry?

The album is Edan's Beauty & The Beat. This album is basically underground hip hop that sounds like it's backed by a late 60s guitar heavy rock band that's been tripping for 3 years straight. I'm a huge fan of both of those genres, so this is like a special treat for me.

Since breast-feeding, my flesh-eating flows had the best leading rappers' chests beating, fast

Best dash, leave and lit your head, when I spit it's said like you're being hit with lead

The first thing that you will notice about how silly and psychedelic this album sounds. The instrumentals are bright, the drums feel real, and they have some real progressions. I can honestly say that no one else has beats like this.

His father was Michael, He shot him with a rifle

A product of the cycle

Oh boy, the rapping on this is impressive from a technical perspective. On the first track he is on, he trades bars with his partner in crime Insight (the man with the plan). His lyrics are mainly about him bragging about how good at rapping he is. His flow is aggressive and I don't think there is a line on this album that doesn't rhyme.

My mental fabric, too thick for Lenny Kravitz

Who imitates Jimi Hendrix in every facet

Kill with mathematics then build on Black Sabbath

Edan went to Berkeley for music and it shows. There are two songs that serve as history lessons about the origins of hip hop and rock and roll. He also produced all the songs on this album which was really smart because each song transitions seemlessly into the next.

Class is in session, master this lesson

This album came out in 2005 and is Edan's only full album. He's showed up on some features over the years, but nothing concrete. This makes me sad, but I can kinda understand the delay because topping this album is very hard.

You seen nothing; you stepped into my realms and found suffering

Chaos is turned into seance and burned

Overall, I absolutely adore this album. Because I grew up around classic rock, this album just hits this sweet spot for me that not many other albums do. It's aggressive without being intimidating, bright and dark at the same time, and doesn't overstay it's welcome. Check it out.