I'm gonna veer off my normal course of grooveable music into something a little more personal. This week, I'm gonna suggest that people check out my favorite ambient album ever, Laurel Halo's Quarantine.

Halo is an artist that is currently on Hyperdub. She usually makes typical Hyperdub fair, which is like somewhat dark and minimal dance music. But, on this album, and only on this album, does she break that mold and decides to sing over her somewhat ominous beats. Her voice on this album is incredible. Rather than just use her normal voice, she layers and the vocals such that they harmonize. On first listen, this can work really good on some of the songs, like Thaw, but can seem super weird on a song like Years. Notice how I said that they that it can seem weird on first listen. Some of the harmonies are ugly because of the subject manner that this album deals with.

This album is about a break up. They type of break up where you kinda of know that it's not working but you don't want to be alone. On Years, you have the break up talk where Laurel plays both the parties in the relationship. The vocals are ugly and can be a little uncomfortable to listen to.

But holy shit is it worth it because you get the album's highlight next, which is Thaw. The beat is super simple with a lot of static around it for about two minutes and then her voice kicks in. I don't really know how to describe it, but she's harmonizing with about 5 different pitches of her voice at points. This is the personal narrative that she has to tell herself to get through the break up.

From there, the rest of the album plays out sorta like the five stages of grief and the rest of the songs blur together in a fantastic fashion, ending with acceptance on Light + Space. Because it's an ambient album, you may not pick up on the subtleties of this album on the first listen, because well, it's ambient. But this album rewards repeated listens like no other. Also, like a break up, it may not make sense at the time, but you'll be better off because of it.

Finally, I'd love to talk about this album's cover, which I think might be my favorite of all time. 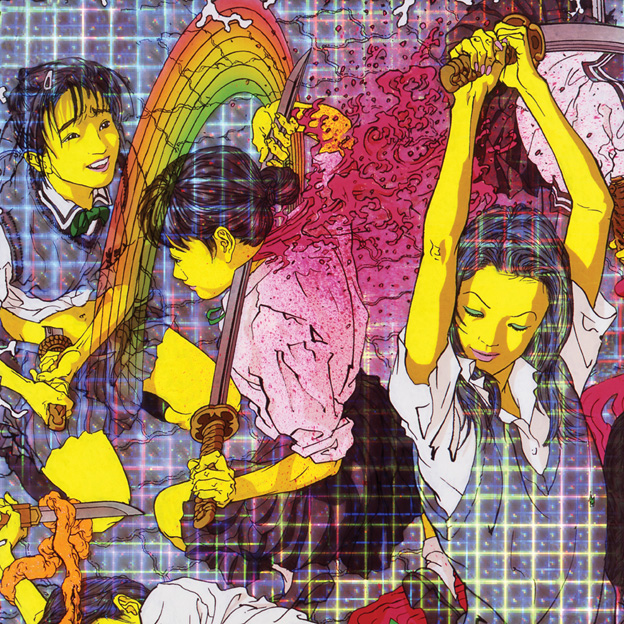 Pitchfork has an interview with Halo and the artist about this cover this almost serves as a companion piece to the album. It's an interesting read, so if you dig the album, be sure to check it out.

Overall, this might be one of my favorite albums of all time. Because it's ambient, I'm perfectly fine playing it as I go to sleep or while I work. But when I do play it, I notice something new each time. I don't understand why you're still reading it, give it a chance and don't give up until the end of track 3 because it will all make sense in the end